VoIP Security Threats and Ways of Mitigating the Risks, Part 1 (of 2) 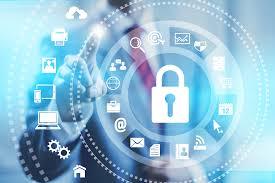 Cybersecurity is a concern for enterprises and individuals across the globe. While you may know how to make use of your spam filter and recognize suspicious attachments or links, though, you may not be as familiar with how to recognize security threats that are associated with Voice over Internet Protocol (VoIP) services. Because VoIP, by its very nature, is reliant on the internet, its services are open to cyber-related risks which need to be understood.

Taking the time to understand the types of threats that you might possibly be faced with will enable you to take both preventive and active measures against them, thus ensuring the security of your hotel's communications system. In the first part of this two-part series, we will discuss the potential risks tied to VoIP and how to spot them.

As the old adage goes, "Know thy enemy." It's only by becoming aware of the types of cyber attacks on your VoIP system that you're able to anticipate and counter them. When undetected, these threats can lead to anything from mischievous or malicious hacking to viruses. To ensure that your network isn't negatively affected by problems like these,  let's take a closer look at some of the most common threats associate with hotel VoIP systems.

When information is confidential, it means that it cannot and should not be accessed by any unauthorized parties. This might include financial information, private documents, security data, trade secrets, conversation content, etc.  What does this have to do with VoIP? Just about everything. For many hotels, VoIP is about a lot more than just making phone calls. Internet-based communications systems are often used for administrative duties, storing guest information, billing and finances, and more. When a hotel isn't aware of the possibility that hackers may try to access this information, their systems and data are left vulnerable to attack.

The practice of eavesdropping on telephone calls is not a new concept -- people have been doing this ever since the party line was invented! What is new, though, is that those hacking into a VoIP conversation have the ability to compromise the network on which the conversation is being held and to intercept data packets of the conversation being transmitted. From here, the packets may be converted into WAV files, which can be listened to even outside of the network.

In some cases, a skilled hacker might manage to break into your VoIP services. Should this occur, they would have the ability to both intercept and redirect calls. Why would someone do this? Sometimes its as simple as curing boredom and having a laugh. While it may be funny to the hacker, though, it would only take a short while for the prank interception of your calls to cause significant damage to your hotel's hard-earned reputation. The hacking might also be done for more malicious purposes, such as to obtain private financial information. A hacker who intercepts a call and poses as a hotel employee, for example, could easily obtain a guest's credit card number as the caller attempts to book a room. So, as you can see, call interception is definitely not good for business.

If a hacker possesses the appropriate skill set to break into your network, they will also have the ability to obtain free access to all of your network tools. In the majority of cases, they'll probably just be looking to sneak in some free long-distance phone calls, but the threat shouldn't be overlooked. Ignoring the risk could cause your entire system to slow down so that a cyber criminal can make calls on your dime.

It's important to keep in mind that all networks -- including legacy systems -- have vulnerabilities. The good news is that VoIP threats can easily be countered. Tune in next week to learn the ways to mitigate risk and prevent VoIP security problems, or contact one of our experts at PhoneSuite for more information right now.

Previous StoryMobile Milestones Your Hotel Must Meet
Next StoryVoIP Security Threats and Ways of Mitigating the Risks, Part 2 (of 2)