The Peace of Mind of Managed VOICE 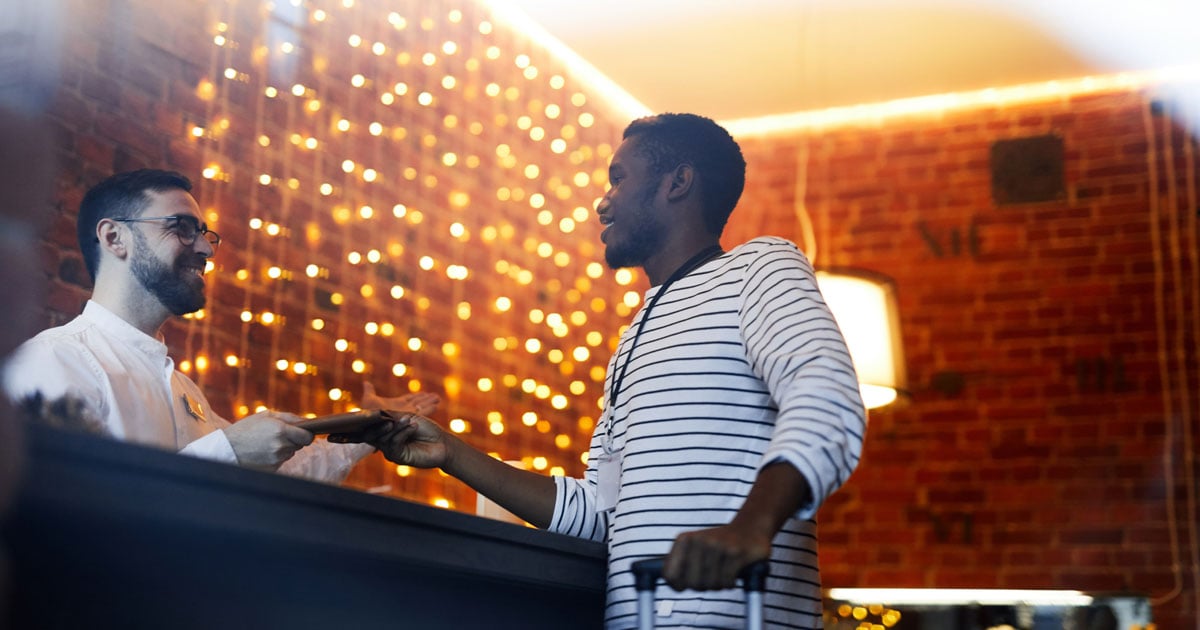 VoIP (voice over internet protocol) phone technology has been around for more than 20 years now, and it’s still growing. According to Ironpaper, there were more than a quarter of a billion VoIP users in the world in 2015, and that number has only grown since.

VoIP is so ubiquitous that lots of customers probably don’t even know they’re using it — Wi-Fi calling from various subscribers, home phone service from companies like Xfinity, mobile apps like Facebook Messenger and WhatsApp, and even a lot of businesses are using VoIP systems.

Unfortunately, hotels are notorious for being stuck in the dark ages of technology. It’s not entirely surprising — a big hotel has 500 thermostats, 500 phones, 500 TVs, and who knows what else, so it’s quite a chore to update everything all at once.

These days, though, hotels might not have a choice anymore. Customers are accustomed to more and more technological advancements in their day-to-day lives, and they’re starting to expect them from the products and services they pay for as well.

Managed VOICE is the perfect way to bring your hotel’s communication system into the 21st century, giving you the peace of mind that your PBX will keep up with the rest of the technological world for as long as you’re in business.

Managed or Owned — What’s the Difference?

If you’ve done your research into VoIP systems before, you might have seen terms like “owned” and “on-premise,” as opposed to “managed” or “cloud based.” So what do those terms mean — and how should you decide which one to pick for your hotel?

The basic difference between the two systems is how they’re set up. An owned or on-premise system lives entirely within your hotel — the software, data servers, and all the hardware and infrastructure. A managed system uses all the same hardware, but it’s hosted and maintained by Phonesuite, so you just pay a monthly fee.

Think of it like data storage. If you want to store a lot of data, you can buy big server racks and pay IT professionals to maintain them, or you can pay for a service like Dropbox to do the work for you.

The pros and cons are the same. On the one hand, on-premise systems are theoretically more secure — if your data is hosted locally, it’s harder to hack, so for extremely sensitive information like financial or medical data, an on-premise system might be preferable.

An on-premise system is also more reliable internally, since it’s not reliant on an internet connection or a link to a particular off-site server to function.

The downside of an on-premise system is that the costs can be enormous. Not only do you have to spend tens or hundreds of thousands of dollars to purchase and install the hardware you’ll need, but you’ll have to pay a full IT staff to keep everything up and running properly.

For that reason, we recommend a managed system like Managed VOICE for all but the largest hotels. For small and medium hotels, especially individually-owned facilities, the capital expenditure of an owned system is simply not worth it.

The Benefits of Managed VOICE

Managed VOICE is a proprietary VoIP system from Phonesuite, designed exclusively for hotels and installed in thousands of hotels across the world. Managed VOICE replaces your current analog system with a purely digital PBX that transmits data through your existing broadband internet system.

The improvements of Managed VOICE are substantial:

Since all data in a VoIP phone system is transmitted online, it can be subjected to the same stringent encryption standards used by banks, hospitals, and other big online companies, ensuring that your guests’ information is safe and secure.

If your hotel is still using an outdated analog phone system and you’ve been hesitating to upgrade, hesitate no longer. Managed VOICE from Phonesuite can give you more security, more flexibility, and more efficiency — all while saving you money. For a consultation about your hotel’s communication systems and what we can do to improve them, contact us today!