Meeting Your Hotel Guests’ Expectations In A 5G World 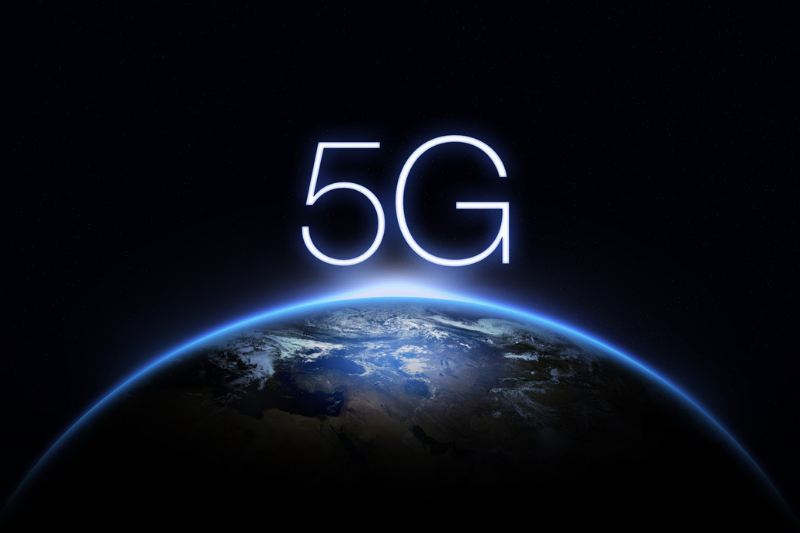 4G data networks were introduced in 2009 and ushered in a whole new era of smartphone capabilities — streaming video, live location tracking, and lightning-fast web browsing completely changed the way that smartphone users interact with the world. It’s probably not a stretch to say that companies like Uber and Instagram wouldn’t exist if not for the data speeds that 4G networks afforded users.

Now, 5G is starting to appear in a few cities around the world, and no one is exactly sure what kind of future it will bring. Hotels, which are already notorious for hanging on to outdated technology, may struggle to keep up in an increasingly connected and data-driven world. So what should hotel owners expect?

The “G” in terms like 3G, 4G LTE, and now 5G stands for “Generation,” meaning this is the fifth generation of cellular data. A common misconception is that the “5” is a unit of speed, making 5G roughly 25 percent faster than 4G. In fact, 5G is up to 20 times faster than 4G.

What does that mean? Well, we don’t exactly know. Just as no one predicted that 4G would be used to livestream video from your smartphone or call a ride from anywhere, the applications of 5G are yet to be fully realized. What we can assume is that we’ll be able to gather more data from more sources, faster than ever.

One example is the world of automated cars. For self-driving cars to function, they need to take in an enormous amount of data about the world around them — other cars, weather, road conditions, pedestrians, construction, traffic, street signs, and so on. It’s generally assumed that autonomous cars will share that data with each other in order to learn faster, which means they need a way to transmit all that data wirelessly. 5G might be the answer.

Mobile video and gaming will also take a huge leap forward. With faster speeds and lower latencies, gamers and streamers will be able to watch video and play multiplayer games without lags or buffering.

5G will also open up the Internet of Things (IoT). Networks will be able to support more simultaneous connections than ever before, so things like voice assistants, smart thermostats, smart plugs, WiFi-enabled lightbulbs, and the like will be able to connect to each other even more.

The change won’t be quick — true 5G requires new hardware that’s expensive for telecom companies to install — but when it comes, it may change the world of technology in a major way.

What Does This Mean for My Hotel?

In short, it means that your guests’ technology expectations will be getting even higher. Guests already expect high-speed internet, wireless keys, highly functional mobile sites, and, in some cases, connected rooms. As the technology of their homes and offices gets better, dated technology in hotels will start to seem even farther behind.

Too often, guests check into a hotel room to find a corded phone on a desk in the corner with a list of numbers next to it, a paper room service menu, and an air conditioner with plastic dials that you have to walk across the room to adjust.

Compare that to the prevalence of smart homes. In one 2017 survey, half of respondents said they had three or more smart home devices — appliances, thermostats, security systems, lighting, locks, etc. By contrast, a mostly analog hotel room is going to feel like a major step backward.

Some hotels are starting to catch up with the pace of home technology. Smart thermostats are saving hotels money and delighting guests. Amazon has created a special version of its Alexa voice assistant just for hotels, allowing guests to order room service, request housekeeping, open the blinds, turn down the lights, or adjust the thermostat with only their voice. And many major hotel chains are creating mobile apps that let guests control everything in their room from their phones.

How a VoIP System from Phonesuite Can Modernize Your Hotel

The move from analog to digital phone systems has been a slow one in the hotel world, but VoIP (voice over internet protocol) systems are catching on. According to a 2015 article in Hotel Manager, 50 percent of hotels have made the switch to VoIP, and we can only assume the number has gone up since then.

In many cases, guests can’t even tell that anything has changed. They can still pick up a physical handset and dial a number from their room just like they could before, so the transition has been seamless. Where VoIP has real potential is in the features it can add.

For example, there’s no reason in 2019 that a person calling your hotel should ever need to wait or be put on hold simply because a guest at the front desk is commanding your staff’s attention. With a VoIP system, callers can be diverted to a phone tree that can book rooms and answer simple questions or an off-site employee who can take their call.

A VoIP system will also save you money on your phone system. According to Tech.co, businesses save between 50 and 75 percent on VoIP phone services instead of analog. Savings are amplified when it comes to telecommuting and international calling, and small businesses save even more.

VoIP also allows for endless scalability — the number of lines in your hotel is limited only by your internet connection. You can even reassign numbers as you see fit, forwarding them to conference phones, computers, cell phones, or third-party systems. The guest doesn’t need to know any of that — they just need to know one number, and your VoIP system will do the rest.

Finally, new features (like a texting client) can be added to a VoIP-based system quickly and easily with a simple software upgrade. If you’re working with a hardware PBX, even if it’s a VoIP hybrid, you’ll have to change out your hardware to take advantage of new software features. If you use a managed service platform, it’s completely free.

As internet and network speeds increase, a VoIP system will be able to keep up better than any analog system. That means that no matter what the new world of 5G connectivity brings, you’ll be prepared for it. For a consultation and a quote, contact Phonesuite today!

Previous StoryHow Better Technology Can Help Your Hotel Staff
Next StoryMad Men to Millennials: Hotel Phone Systems Through the Years