Mad Men to Millennials: Hotel Phone Systems Through the Years

Alexander Graham Bell won the first patent for a telephone in 1876, and hotels wasted no time implementing this exciting new mode of communication to their services. Within 20 years, extremely upscale hotels had begun to include telephones in their rooms. 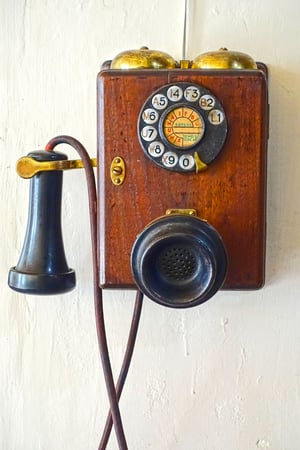 New hotel technologies, like phones, weren’t just for guest luxuries like wake up calls and room service — they made the hotel staff’s jobs easier too. Sheraton in particular was at the forefront of hotel technology in the middle of the 20th century.

The Brief Heyday of Guest Phones

It wasn’t until 1982 that electronics manufacturers started making dedicated hotel phones — Teledex introduced the first one, and has made more than 15 million phones for hotels across the country since then. 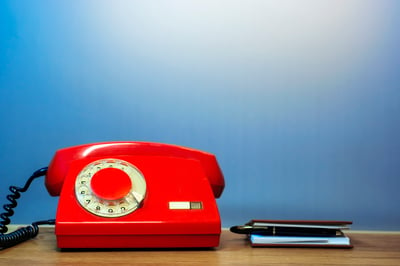 But even in the early 1980s, hotel room phones as a useful feature for guests were starting to see new competition: mobile phones. There were already more than 300,000 mobile phone subscribers in the US by 1985, and that number exploded into the millions by the end of the decade. Hotel guests didn’t need to use the phone in their room for very long, and usage has declined.

In a recent article in USA Today, Kevin Carl, executive vice president and chief information officer of Radisson Hotel Group, explains the trend. “We have noticed a significant decline in guest room phone usage and that guests, by and large, bring and use their own mobile phones.” In fact, the average guest checks in with no fewer than three mobile devices, putting the in-room phone pretty low on the list of choices.

There’s also the fact that until recently, hotel phones didn’t offer a very good experience to the guest. Often, separate numbers for room service, wake-up calls, or housekeeping all got re-routed to the same (often overwhelmed) front desk staff member, leading guests to be put on hold or ignored. Dialing 9 to get an outside line or exorbitant bills for using an in-room phone also tended to put people off.

With the new ubiquity of smartphones, in-room phones are even less necessary. Guests can easily order food, summon cars, and set alarms on their own cell phones, replacing many of the functions that a hotel phone system used to serve.

The truth of the matter is that most hotel guests don’t need or want in-room phones anymore. So why are they still around?

The answer is VoIP (voice over internet protocol). With a VoIP system, every guest room phone is linked together over the internet, rather than with physical phone lines. This new technology opens up a world of possibilities for both guests and hotel management alike.

First, it means that guests can connect their laptops, tablets, and mobile phones to the hotel’s phone system via the internet. They can place phone calls from their cell phone on the in-room phone or field calls to the room on their own devices, adding convenience and portability to their stay.

VoIP systems also allow for additional control over your guests’ stay. Since each room has its own internet connection via the phone, that connection can be used to turn on the air conditioning or heat remotely, ensuring that the room is comfortable when guests arrive. It can be used to order room service over the internet. It can be used to help housekeeping track which rooms are vacant or need cleaning without having to physically go door-to-door.

Guests can even use their own mobile devices to book their rooms, pay for them, and even unlock the door. Without a VoIP phone system, tracking which guest’s device went to which room would be prohibitively complicated — with distinct connections to each room, it’s easy.

Best of all, a VoIP service frees up your staff from tedious tasks, giving them more time to focus on the in-person interactions that make for the best hotel stay. Guests calling your hotel’s main number to make a reservation can automatically be routed to a third-party booking service without ever knowing the difference, ensuring that they won’t be put on hold or interrupt someone at the front desk. Conference calls can be set up in your business centers, even allowing video conferencing from people thousands of miles apart.

By seamlessly integrating your internet and phone systems, you can better keep track of the needs and desires of each of your guests, efficiently manage your staff, and save time and resources on otherwise repetitive chores. VoIP solutions allow you to run your hotel better, which makes for happy guests. And at the end of the day, that’s the most important thing.