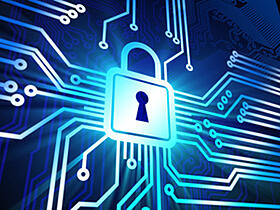 Although many people see hacking as a new concept, it has been around for quite some time. One of the first known hacks was the use of a device to mimic ringtones on a telephone that would allow free long distance calls. But let's just say -- we've come a long way since then. The technology and techniques have been improving over the years, threatening even the largest of companies.

Everyone knows about the Sony hack that resulted in the release of embarrassing e-mails last year, but many people might not remember the incident with Madonna, who mocked hackers and basically dared them to attack her -- which they did by making every song from her new album downloadable from her own website.

Point is, everyone needs to be aware of the dangers of hacking and take the steps necessary to prevent problems. While it's not possible for protection and cautionary measures to be perfect, you need to make your VoIP network as safe as possible. Small and medium-sized businesses don't typically have much to worry about since hackers tend to go after the "big fish," but it never hurts to be prepared.

How Being Hacked Affects You

If you've ever been personally exposed to malware, you already know the kind of annoyance that hacking can bring with it. Even basic versions can be a chore to remove, and often take quite a bit of time to deal with.

The question becomes … is your VoIP network in danger? Is this a valid concern or simply a scare tactic?

Unfortunately, the truth is that a real possibility exists that your VoIP system could be hacked. If this were to happen, would have the capability to eavesdrop on calls, disrupt calls, send unwanted messages, or switch around caller IDs. These actions would not only disrupt your daily business dealings, it would present an inconvenience to your guests. While it's true that some security issues rely on your company's network infrastructure for protection, hosted VoIP providers like PhoneSuite put a lot of effort into strengthening their service.

The security provided by PhoneSuite can be broken down to three areas: separation of voice and data, Secure Session Internet Protocols, and ongoing training.

Separation of Voice and Data

When sent out to attack networks and users, nefarious malware and viruses are in the form of files, aka data. If your voice and data streams are one entity, then your entire communication system is vulnerable. Keeping these two streams separate will help protect the voice stream of your system, which is the most part.

You may not be aware that SIP on its own is not encrypted. This leaves it open to hacking by undesirable parties. For this reason, PhoneSuite uses Secure Session Internet Protocols (SIPS), in which data is encrypted prior to be sent over the network. The of use of this encryption makes the hacker's job of infiltrating the VoIP system harder.

Remember -- knowledge is power. PhoneSuite goes to great effort to work with its clients on a regular basis to ensure that their employees are fully aware of the most current information and techniques available that will allow them to protect themselves and the network. Raising awareness and educating non-technical employees is a great tool against security breaches.

Your communications system can be vulnerable to attack, which is why it's important to work with a VoIP company that has your best interests in mind. If you're looking for a hosted VoIP solution that will help protect you against potential breaches and keep your system running smoothly, contact PhoneSuite today.