The Move to Managed Voice: A Shift in the Way VoIP is Done 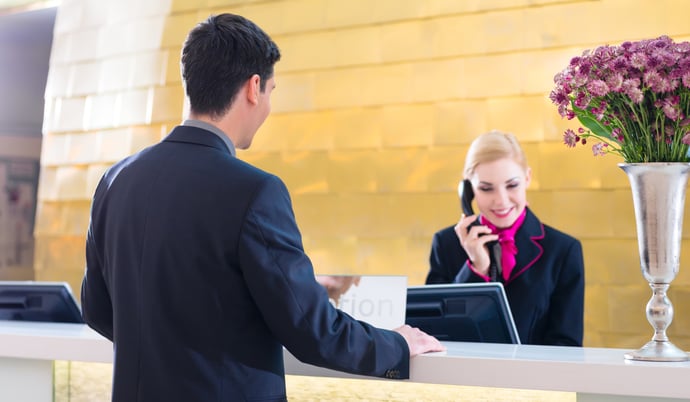 VoIP (Voice over Internet Protocol) has been around since the first systems were installed in 1995, long before the internet was commonplace in the average consumer’s life. In the following decades, VoIP has made leaps and bounds to become the service we know today.

The Rise of SaaS

In recent years, the prevalence of SaaS (software as a service) businesses has exploded. In just ten years, the SaaS industry has ballooned from $13.4 billion to more than $150 billion, and it shows no signs of slowing down. Rather than spending potentially enormous chunks of CapEx (capital expenditure), companies can take on a much more reasonable monthly OpEx (operating expenditure) and still get the benefits of top-tier, enterprise-level software.

But this new business model isn’t just for software — infrastructure as a service (IaaS) is also on the rise. Most consumers are already familiar with IaaS, even if they don’t know it by that name. Customers of cable companies, cell phone companies, and internet service providers pay a flat rate for a specific service level. They don’t have to think about all the infrastructure, maintenance, and investment that goes on behind the scenes.

Managed VOICE — the VoIP of the Future

Managed VOICE from Phonesuite is at the leading edge of this shift. Operating in both the SaaS and IaaS worlds, the new system allows hotel owners to take on a very affordable monthly OpEx expense — often less than what they’re paying for phone service already. In exchange, customers receive a full upgrade to both the necessary infrastructure and the software systems that support their PBX.

Managed VOICE is a truly modern solution to the communication requirements of today’s hoteliers, including features like:

It also includes Voiceware, Phonesuite’s proprietary VoIP system. This system has been installed in more than 6000 hotels in the last 30 years, from tiny select-service hotels and independent boutiques to some of the largest full service and all-inclusive luxury resorts. Since phone trunks in a VoIP system aren’t tied to individual copper wires in the walls, you can scale up or down the number of phone lines in your hotel with no installation needed.

The Benefits of Managed VOICE

The main benefit of a Managed VOICE VoIP system like Phonesuite’s is the flexibility that it brings to your communications. Adding and removing lines, moving and reassigning phone numbers between rooms and even between properties, and upgrading your software to add new functionality becomes far more straightforward than it could ever have been with a traditional analog system.

Phonesuite’s Managed VOICE is also compliant with all current regulations. Rules concerning communications standards and the way hotel guests can make phone calls are always changing, most recently with Kari’s Law and the RAY BAUM’S Act, which went into effect in early 2020. With an analog system, compliance with those new laws might have required an entirely new set of phone lines and wiring throughout the hotel. With a VoIP system, it’s a simple software upgrade.

In addition to flexibility, our customers also enjoy:

Hotels have a bit of a reputation for using outdated technology, and their phone and communication systems are no exception. But the world of technology outside the walls of your hotel is moving faster and faster, and guests are starting to expect the same convenience that they’d find at home.

The best way to make sure that your hotel keeps pace with the advances of the 21st century is with a flexible, future-proof Managed VOICE phone system from Phonesuite. Your initial investments are low, and software upgrades are free for the lifetime of your contract, ensuring that you stay current for years to come. If you’re curious about the cost of upgrading, get in touch with Phonesuite today.