A History of Hotel Phone Systems 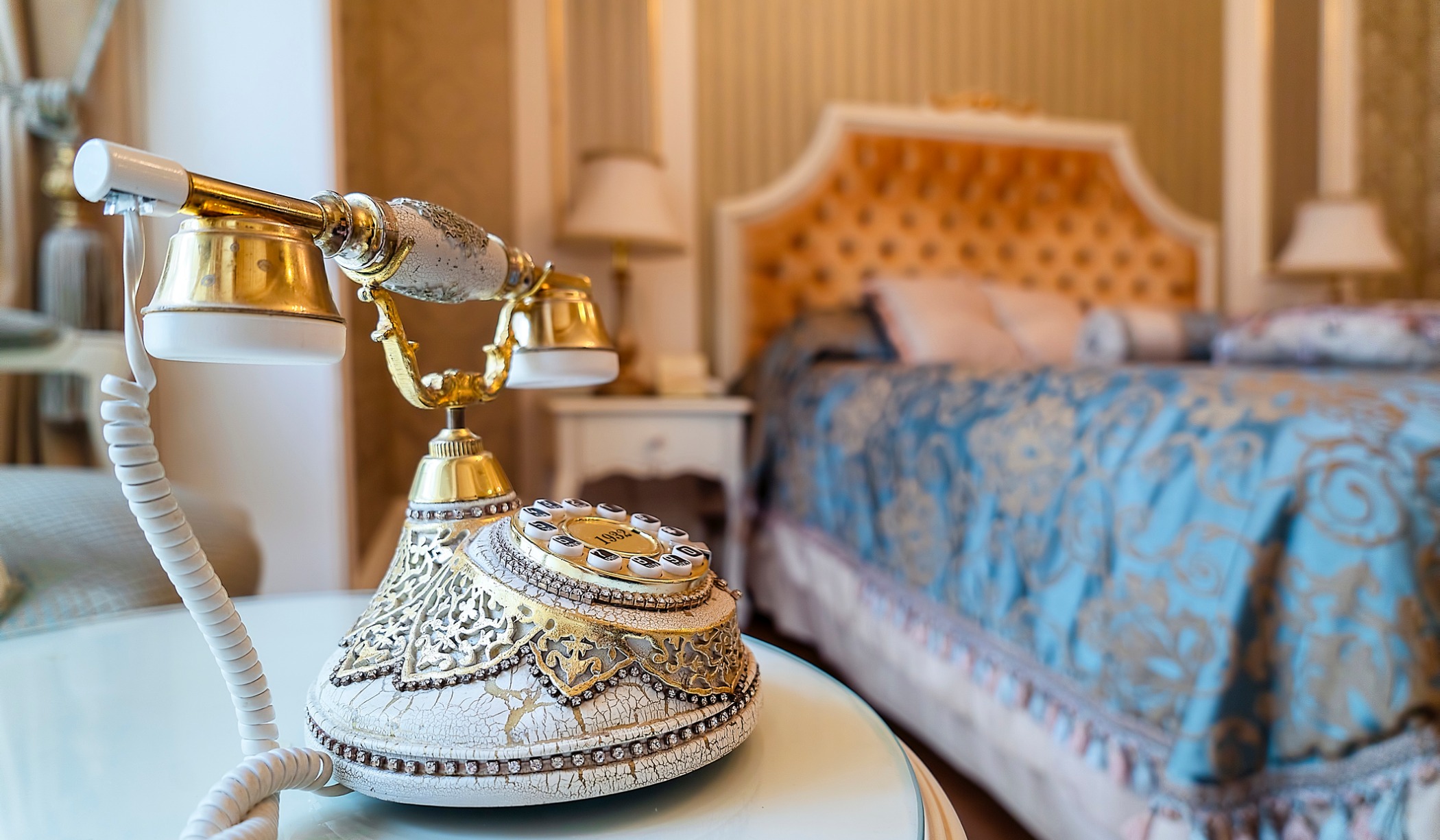 Landline phones are a dying breed. Consider that in 2004, more than 90 percent of American adults lived in a household with a landline, but that number has plummeted to less than 40 percent today. Most businesses should be following suit, but the hotel industry has often stubbornly clung to outdated technology, and landlines are no exception.

With any change comes uncertainty, but hotels are also a service business, which means they need to evolve and adapt to accommodate the needs and desires of their guests. With that in mind, we thought we’d take a look at the past, present, and future of the hotel telephone landscape.

It may be hard for this generation to believe, but there was a time when telephones were only available to the elite. As such, it was strictly the most upscale hotels that made use of phones during the late 1800s and early 1900s. Typically, a desk phone would have been available for hotel staff and, in fancy hotels, a single wall phone located in the lobby area for guest use, with all calls being directed through an outside operator.
The 1930s brought about big changes for phone systems. It wasn't until this time that both the mouth and earpiece of the telephone were located on the same receiver unit, and the rotary dial made it possible for people to dial another telephone number directly. Although still considered to be a luxury, this became a turning point for phones within the hospitality industry. As guests could now connect directly to other guest rooms, the front desk, and outside lines, the demand for in-room phone extensions was growing. Over the following decades, the popularity of both residential and commercial telephone systems exploded, enabling hotels to take advantage of the service for accepting advance reservations.
The next major change occurred in the 1960s, when touch-tone telephones were introduced. Not only did this improve dialing speed, but the technology also made automated phone menus possible. As technology progressed, hotels enjoyed the luxuries of caller ID, multiple phone lines, call waiting, call transfers, and more. Still, hotels were required to rely on traditional PBX phone systems, and didn't see many changes to sound quality, connectivity, or user interaction capabilities until recent years.

The Present and Future of Hotel Phone Systems

The biggest breakthrough for hotel phone systems came with the launch of the World Wide Web. Although, at the time, many traditional phone companies argued that voice would never be able to travel via the internet, the idea was never abandoned, and as early as 1995 the "Internet Phone" was born. It took nearly a decade to perfect this particular technology, with the world's introduction to Skype in 2003 as the big game-changer.
Businesses quickly realized how Voice over Internet Protocol (VoIP) telephony could positively impact sound quality, phone features, and user experience while reducing costs. It was clear that VoIP could especially benefit the hotel industry, providing advanced solutions for both hotel staff and guests.
VoIP hotel phone systems provide limitless opportunities for users. It's easier than ever before for hotel staff to track down guests or other staff by name, and transfer a call with a single click. When guests call the front desk, attendants are instantaneously provided with the guest's name, room number, native language, VIP status, etc. Automation software can also ensure that a call will never be missed.
Plus, guests benefit from VoIP systems as they are able to check out from their phone, make use of messaging services, and customize wakeup calls to include the weather forecast, snooze options, and more. And answer detection will prevent guests from being billed for calls that were unanswered, or where a busy signal was reached. Everybody wins.

We know that upgrading can be scary, but when it comes to bringing your phone system into the 21st century (and beyond), a VoIP system is about as painless as it gets. If you’re curious about the cost, the installation progress, and what a new phone system can do for your hotel, get in touch with Phonesuite today! We’ll explain the product, the process, and how you can get started on an upgrade.
Previous StorySIP vs Traditional Analog Trunking - Pros & Cons
Next StoryWhy VoIP is a go-to Solution for Hotels