How COVID-19 is Affecting the Hospitality Industry 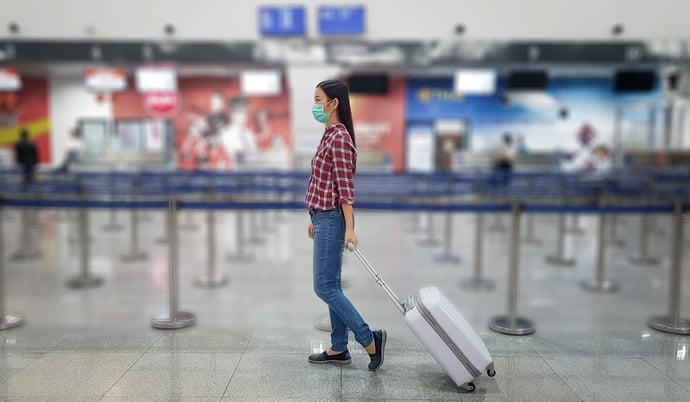 The COVID-19 pandemic has had a global effect unlike anything we’ve ever seen. According to the American Hotel and Lodging Association, an industry trade group, the novel coronavirus has had a more severe impact on the industry than the 9/11 terror attacks and the Great Recession combined.

Since March 14, more than 26 million people have filed for unemployment in the United States. The hospitality industry has been hit especially hard, and it’s not difficult to see why — one of the main prerogatives of companies and individuals all over the world has been to avoid mingling together in small spaces. That means no flying on airplanes, no cramming together in cars, and essentially no travel.

In addition to the physical distancing guidelines, there has been massive financial insecurity. Tens of millions of people are out of work, and those that have kept their jobs are nervous about how long this crisis will last. They’re saving money, not spending it.

How Bad Will This Get?

The U.S. Travel Association projects a loss of 4.6 million jobs through May in the travel industry. A lack of disposable income and tourism is the main contributing factor, but the closure of amenities like ski areas and casinos is an indirect factor as well. The truth is, the hospitality industry can’t operate if people aren’t moving around.

Some hotels have been hit harder than others. According to National Geographic, the hardest-hit hotels have been upscale and urban — the type of hotels that generally host business meetings and conventions. Resorts have also seen a substantial drop now that people aren’t traveling for leisure.

A Timeline for Recovery

This pandemic started in China, but China has now been reporting that the pandemic is under control and begun to lift restrictions on travel and tourism. The effect on hotels has been gradual, but optimistic.

Between January 14 and January 31, hotel occupancy in mainland China dropped from 69.6 percent to less than eight percent — a drop of almost 90 percent. In the month of February, though, hotel occupancy rebounded to 14 percent, nearly doubling the low point they hit at the end of March.

Unfortunately, there’s no denying the fact that recovery will be slow. The industry simply won’t recover as quickly as it initially dropped, for several reasons:

What to Do in the Meantime

If you’re a hotelier, this is a time for serious belt-tightening. You won’t be able to do that renovation you wanted this year, and your staff aren’t getting raises. It sounds callous, but the best thing you can do for the staff who can no longer work in your physical locations is to lay them off so that they’ll be eligible for expanded unemployment benefits — keep on a skeleton crew that can keep your hotels functional and manage all your remote work.

Your main priority during this time is not to fall off the radar entirely. Stay connected with your past guests through email, social, and editorial content that keeps up your brand relationship. Keep your followers up to date on what your hotel is doing — the last thing you want is for people to think that you’re hiding something. Ask people where they’re going to travel first when all this is over!

You should also be looking ahead toward the end of travel restrictions. This won’t last forever, and you need to be ready when demand comes back. Keep in touch with any employees you have to lay off, letting them know that they can come back to work as soon as you’re able to reopen. Offer guests discounts on rooms that can be redeemed when you reopen — any small cash flow while you’re closed will help.

Finally, communication will be vital both now and in the future. People will be nervous about face-to-face interactions for a long time, and you can do a lot to assuage those fears. Allow your guests to book, check in, and check out remotely. Allow your staff to answer calls from a distance rather than at the front desk. Communicate clearly with your housekeeping staff which rooms are empty and ready to be cleaned. The more you’re prepared for a hesitant post-COVID world, the faster your business will be back up and running.

Previous StoryThe Move to Managed Voice: A Shift in the Way VoIP is Done