Updated 911 Laws — What You Need to Know 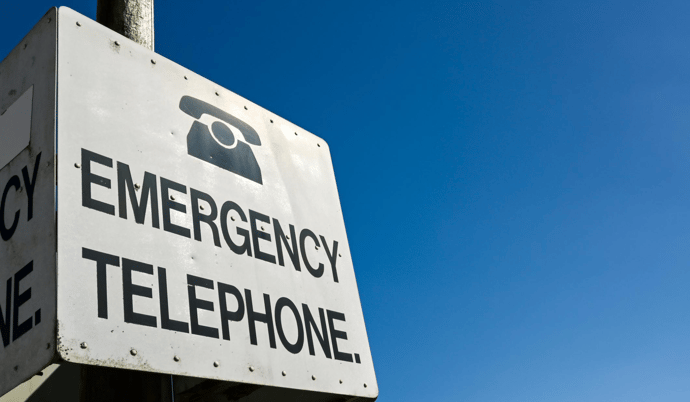 In August of 2019, the Federal Communications Commission (FCC) adopted rules that implement two federal laws designed to strengthen emergency calling from multi-line systems like hotels, office buildings, hospitals, and so on. The two laws are Kari’s Law and section 506 of the Repack Airwaves Yielding Better Access for Users of Modern Services (RAY BAUM’S) Act of 2018 (H.R.4986).

What Do These Laws Mean?

RAY BAUM’S act addresses a lot of different aspects of communications, but the one we’re most concerned about in this case is section 506. According to that law, 911 calls in multi-line systems have to pass on “dispatchable location” when they’re dialed. Since people who call 911 are often panicked or incapacitated, the 911 dispatcher will be able to tell the street address, floor level, and room number of the caller even if the caller can’t tell them.

Kari’s Law also concerns emergency calling, named after Kari Hunt. Kari Hunt was killed in a hotel room in 2013 while her daughter attempted four times to call 911. Since the hotel required that callers dial 9 to reach an outside line (still common practice in many multi-line systems), the calls didn’t go through.

Kari’s Law will require instead that all 911 calls from Multi-Line Telephone Systems (MLTS) be routed directly to dispatchers without any internal processes or extra dialing. Those calls will also contain a dispatchable location as per RAY BAUM’S Act.

Kari’s Law also requires an “onsite notification,” which means that the employees of the building in which the MLTS is installed will be informed when a 911 call is placed. This can enable employees to help emergency services to find the room faster, reserve elevators, or clear crowds, saving valuable time.

When Do These Laws Take Effect?

Since we last talked about these regulations, the FCC has changed the dates at which the laws will start to be enforced.

Kari’s law is forward-looking, and doesn’t apply to any system installed before February 16, 2020. Any system installed after that date will have to adhere to that law, allowing users to call 911 directly without any intermediate action (like dialing another number for an outside line).

RAY BAUM’S Act also applies to any systems installed after February 16, 2020, but with varying dates of enforcement. Depending on the type of device, MLTS systems will be subject to compliance deadlines of January 6, 2021, and January 6, 2022.

How Phonesuite Can Help

Compliance with these laws will no longer be optional, and many hotels with outdated analog landlines won’t be able to keep up using their current systems. The easy solution is to switch to a VoIP system if you haven’t already. With a digital phone system that’s routed through the internet, you can set your 911 calls to bypass your internal phone tree and notify any numbers of your choice, including the front desk or the cell phone of the manager on duty. You can also attach a dispatchable location to every phone trunk, including floor number, building, and the room that the call originated from.

And the best thing is that VoIP is completely upgradeable. At Phonesuite, we pride ourselves on our system’s flexibility, allowing you to add and remove lines and adapt your systems to new technology and regulations whenever you want. Contact Phonesuite today for a consultation and estimate!